OVER POPULATION is due to breeders that just need to fornicate 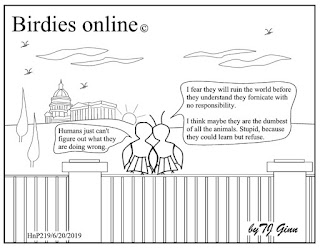 I did not seem to get any traction with the Headline 'FORNICATION'
so, I'm reposting with a new title...
Over population is due to breeders that just need to fornicate.
Hordes of orphans are pouring in from Central America.
The world is degrading into a cesspool of humans with no virtue and Hollywood
as well as all sensationalistic media is trying to shock and awe to get ratings.
Women compete to see who can get naked for money and
then shame men for looking.

It is time to shame fornicators that will make any excuse under their
holy civil rights. They pollute your children with pornography and
make no connection between copulation and procreation, while
abortion is used as a last ditch means of birth control.

I define the term stupid as 'could learn but refuses'
Existentially, a species so disconnected from the commonsense of the
natural world is doomed to destruction.

Idiots spew their right to sexual freedom and that of free speech and
pollute the world of social media and your children while
you are powerless to do anything about it.
It is cool to be bad and no one can stop them.

Over population is due to breeders that just need to fornicate.
They could care less for the child.
This is a global crisis of epic proportion.

In my novel 'Children of the Seven Hills' I explain how we got
to this awful place with the relaxing of the social morals.
My generation was taught by Hugh Hefner that fornication was
just a-okay; that pornography is just adult entertainment.
If you think you are a parent teaching your children right from wrong,
think again. The world is teaching your children fornication and
you have no choice but to watch it happen.

Unless we shame the ones lacking in the virtue of civility
we will drown in the cries of unwanted children with no parents
to teach them right from wrong.

I'm not a Victorian Prude, I'm an adult that learned the ills promiscuity.

Simple solution... and existentially this need not have
any religious affiliation; on a global level prosecute child abandonment.
Guarantee the protection of the child for eighteen years of rearing and
hold the dame and sire accountable. 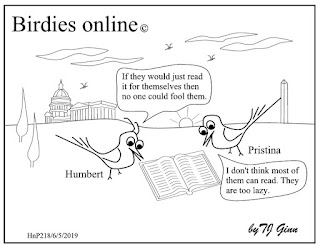 Existentially if I knowingly permit an act that I know is evil then it may as well be me who committed the act and in fact the person driving the get-away car is as guilty as the person who robed the bank and will go to prison.

The Pope made a grievous error not knowing all the scripture. First and simply in Genesis it was God who killed all the wicked with the flood. Secondly God permitted Satan to test Job which makes God complicit in Jobs Tempting. Thirdly Christ’s prayer to be delivered from the cross was denied which means God was complicit in Christ’s death and in fact required it as the perfect sacrifice to end all sacrifice.

The Lords prayer was not a translation mistake and don’t be fooled. Continue to pray to not be led into temptation and delivered from evil. Temptation is before you always and you are praying for the strength to be delivered.

Genesis
6:17 And, behold, I, even I, do bring a flood of waters upon the earth, to destroy all flesh, wherein is the breath of life, from under heaven; and every thing that is in the earth shall die.

Job
2:3 And the LORD said unto Satan, Hast thou considered my servant Job, that there is none like him in the earth, a perfect and an upright man, one that feareth God, and escheweth evil? and still he holdeth fast his integrity, although thou movedst me against him, to destroy him without cause.

2:4 And Satan answered the LORD, and said, Skin for skin, yea, all that a man hath will he give for his life.

2:5 But put forth thine hand now, and touch his bone and his flesh, and he will curse thee to thy face.

2:6 And the LORD said unto Satan, Behold, he is in thine hand; but save his life.
2:7 So went Satan forth from the presence of the LORD, and smote Job with sore boils from the sole of his foot unto his crown.

Matthew
26:42 He went away again the second time, and prayed, saying, O my Father, if this cup may not pass away from me, except I drink it, thy will be done.

27:46 And about the ninth hour Jesus cried with a loud voice, saying, Eli, Eli, lama sabachthani? that is to say, My God, my God, why hast thou forsaken me?
God condoned Christ’s death and allowed evil men to kill him.

Hosea
4:6  My people are destroyed for lack of knowledge: because thou hast rejected knowledge, I will also reject thee, that thou shalt be no priest to me: seeing thou hast forgotten the law of thy God, I will also forget thy children. 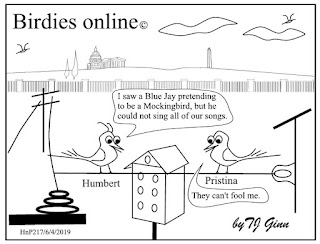 Virginia Beach Sociopath - Where evil hides.
How we can find evil before they kill.
Know the people around you.

Mathew
7:15     Beware of false prophets, which come to you in sheep's clothing, but inwardly they are ravening wolves.

Sociopaths often appear quite normal while in their hidden contemplations are wicked imaginations. The harlotry of democracy is to preach freedom even for the wicked in politics. Are you fooled by the cunning of the wicked hiding in sheep’s clothing? The fallacy of democracy is that it protects evil while trying to tout its lawful defense of free speech and freedom of religion, even to the church of Satan. This is the beast that was, and is not, and yet is. The devil does not exist yet they worship it. The one thing that God did not create is ignorance. Ignorance and darkness only exist when exposed by truth and light. Ignorance and darkness is Lucifer the entity that has no soul.

Revelation
17:8     The beast that thou sawest was, and is not; and shall ascend out of the bottomless pit, and go into perdition: and they that dwell on the earth shall wonder, whose names were not written in the book of life from the foundation of the world, when they behold the beast that was, and is not, and yet is.

Do not be fooled by eloquent speech and see through to the truth.

John
18:37 Pilate therefore said unto him, Art thou a king then? Jesus answered, Thou sayest that I am a king. To this end was I born, and for this cause came I into the world, that I should bear witness unto the truth. Every one that is of the truth heareth my voice.

Sociopaths can be found before they kill if you look at people through a righteous heart. First gain a righteous heart and then look at everyone through this clarity. The wolves will be exposed. Know the people around you.