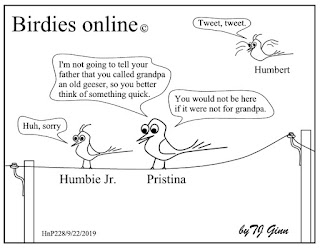 Progressively you will see the falling away from Biblical Principles.
Today on the streets, even of small-town America, which is
the last bastion of God-Fearing people, impatience and rudeness from
the youth who are unschooled by parents that have abandon simple
principles, even the simplest of which is to do unto others as you would
have others do unto you.

The Golden Rule is lost.

Ask anyone today if they fear God.

You will find existentialist atheists in large numbers.

Can anyone say, "Deliver us from evil." 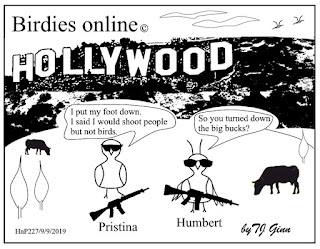 In days gone by some actors would turn down parts because
it was against their ethical ethos.
Can you remember a few...
James Stewart, John Wayne, Lauren Bacall
Sammy Davis Junior, Audrey Hepburn, Barbara Streisand
Steve McQueen, Charlton Heston, Sydney Poitier

Unless it was a spoof or a comedy, they considered being portrayed
as unscrupulous in a part would carry over to how people
perceived them as a person.
They had ethics.

As the years went on Hollywood had to increase the shock value
to gain at the boxoffice. Movies got seedier and more bloody as
they fed the blood lust of the mob.
Films like 'A Wonderful Life' and 'The Wizard of  Oz' were
losers in dollars. It is hard to find a film with redeeming values.
Bang, bang shootem-ups, sex and blood sell.

The glorification of the sex, drugs, criminals and corruption is all
you can find in films today and it is not just Hollywood.

It is the Zeitgeist of the day.
And what we have are mentally disturbed people with guns.

It is not the guns, it is you, if you support and lend your
money to purchase violence on the screen.

To parents who care about their kids, keep this out of your house.
Don't be a lemming.

You can read my novel, 'Children of the Seven Hills' to
see how we got to this terrible condition.
You may be surprised who I blame for our demoralization.

Find my novels on Amazon